What will encounter when you reach Diablo 2 Resurrected: Act II?

For Diablo 2 Resurrected:Act II, the place you will arrive at is Lut Gholein town. As you can see Griez on top-right of the map, utilize new mercenaries, Combat Hireling to defend or restore your HP(Hit Points). it's most noteworthy that increasing your resistances effects upgrade of the attack power of the monsters in the tasks. As for gears, you can use the existing ones. Of course, you can pick the D2R Runes here dropped by monsters. The followings are about how to pass the first three tasks.

Beside the Griez, there is a closed door which is the Sewers of Lut Gholein. Aside from, you can enter Sewers from the outer wall of Lut Gholein. There are three floors in Sewers in total. You need to find Radament on the third floor. But on the second floor, you need watch out Waypoint and Skeleton Archers for their damage are high.

When you defeat Radament, a scroll will drop to render you skill points. Make sure to use it immediately, so as not to take up your inventory space. Then you can open the golden treasure chest to get another scroll and start the next task. Task reward: +1 skill point book. Dialogue with Atma near the inn, gain the trust of act2, and reduce the price of NPC items to 90% in the area.

Guide for Quest 2: The Horadric Staff and Quest 3: The Tainted Sun

These two tasks can be carried out in the same time. You need go to the Dry Hills from the Rocky Waste, Lut Gholein town first, just walking along the edge of the map. As you wander the area, you want to look for both the area's Waypoint and the entrance to the Halls of the Dead. Waypoint can shorten your walking time. In the Halls of the Dead you will meet new monsters, one of these is the Sarcophagi which spawns Decayed mummies. There are also Hollow Ones and other monsters, so you need to be careful and prepare some anti-poison potions. When you reach the third floor, you’ll run into a mini-boss Saber Cat named Bloodwitch the Wild. Defeat it and open the chest, and you will get the Horadric Cube.

Return back to Lut Gholein with Horadric Cube carefully in case it falls. Then, use Waypoint back to the Dry Hills, walking along the edge of the map towards the Far Oasis. Get the Staff of King in the Maggot Lair. You will meet the Boss on the third floor but it's relatively simple to defeat it. A TP must to be released to replenish your potions, because poisoning will continue to lose blood. Having gotten the Staff of Kings, you can leave Far Oasis for Lost City.

At that time, the sky turns dark. It means that Quest 3: The Tainted Sun has begun. You can talk to Drognan to learn about the tasks. Then set off to the Lost City with the two tasks where you have to find the way to the Valley of Snakes. You will see the Claw Viper Temple soon on the way to Valley of Snake where the new monster Claw Viper equipped with cold attack rush to attack you. If you can't reduce cold damage, you will be defeated. So keep a distance from them. The other task is to defeat the small Boss Fangskin on the second floor of the Claw Viper Temple. Pick the Viper Amulet up and put it into Horadric Cube with the Staff of Kings together so as to transform them to the Horadric Staff. Finally, submit the two tasks to Drognan and Cain and tasks have done. Task rewards are Horadric Cube and the chance to enter the palace. 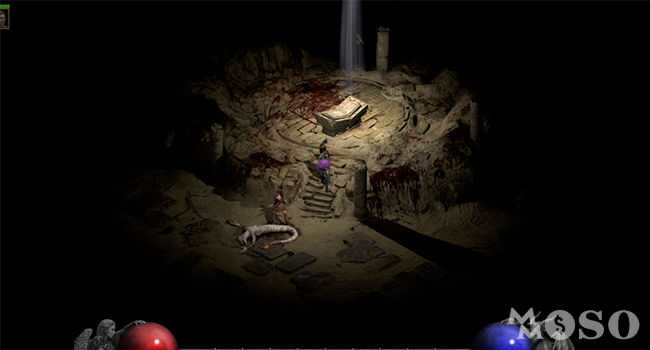 Fully preparation must be done before heading to the new map. You may meet unexpected new monsters that might cause the death of the character. So you have to prepare some D2R Items, especially potions, which is essential to replenish life value in time. If it is missing in the game, you can purchase them on MMOSO where provides safe Diablo II: Resurrected Items, 24/7 Live Chat responds promptly and fast delivery. You can receive the d2 resurrected items/runes within 10-30 minutes. It is a trustworthy trading platform.

Article from: ​What will encounter when you reach Diablo 2 Resurrected: Act II?

it's an insanely fun one to play in 2K21

All About Cosmetic Cream Jar: The Best Setting Sprays for Everyday Use